Ave Explores: Mary - Mary Is There During Our Grief | Ave Maria Press

Mary Is There During Our Grief

When my oldest son died by suicide in March of 2017 the only person I could think of to shout at was our Lady. People often offered me advice on looking to her as a model of a mother who lost a son, but that was not easy for me for many reasons. For one thing, she was without sin and I am sinful, hence the shouting at the Mother of God. For another thing, her son was God. He was going to rise from the dead and he had died to save us all from our own sins. My son died by his own hand in the midst of mental illness and he was an atheist up until a few hours before his suicide. These were entirely different circumstances.

I lived my entire life with Mary in the background. Every one of my aunts has a giant painting or picture of Mary in their living room. My mother has a picture, a statue, and a full-sized comforter with Our Lady of Guadalupe in her bedroom. My mother also has a giant wooden rosary hanging on her wall. Mary has always been a part of my life, even when I didn’t want anything to do with her. She just stands there waiting in silence.

After Anthony’s suicide, I moved seats at Mass. Instead of sitting in the pew in front of the altar, I moved to sit in the pew next to our Lady. I didn’t know why, but I knew I wanted to be close to her. I needed her to pray for me because I was not able to pray anymore. I had spent countless hours praying for Anthony before his suicide. I prayed novenas and rosaries; I offered up Masses; and I even found a way to pray in front of the relics of St. Anthony of Padua. I begged God to help my son. After all of that prayer, Anthony died.

From the moment that we found Anthony dead in the garage, I had the sense to ask other people to pray for us, for him, and for me specifically. And people showed up. I can see that not only people in my life showed up but also that ever-present gift of our Lady in the background. She wasn’t there in the way I thought “stand with Mary” looked like, but in the way that I needed the most. She was not offering advice or platitudes, just love. Mary was interceding for me; she was carrying me and my son the same way she carried her own son, both while pregnant and after he was taken down from the Cross that saved the world. That same Mother of God held me in her arms for as long as I needed so that I could be well. That is who Mary is for me in my grief.

What I learned from that experience of Mary as my Mother is how to mother my own children, including Anthony. There is no shortage of books with advice on how to be mothers to newborns, babies, toddlers, teens, and even adult children. But nobody ever talks about how to mother a dead child, and there is still a lot of mothering to do. Right after finding Anthony I was in charge of taking care of his body and his soul. I had someone call 911 and a priest to come bless his body. My pastor and the priest who baptized Anthony showed up and helped get that done. Then I had to plan his funeral. I decided that as a writer, it was my gift to write Anthony’s obituary. Those were all things I was gifted to do to care for Anthony in the aftermath of his death. But even today there are things that he needs me to do: take care of his kids, plant flowers at his grave, try to save money to buy his headstone, and to honor his life. There is still a relationship that goes beyond death: Anthony is still my son and I am still his mother.

Mary taught me that to be a mother means to be present in the lives of my children while interceding for them in prayer. So many times I believed that being a mother was just about keeping them alive and fed, both pretty important but also not the core of what motherhood is. Mary shows us that motherhood is deeper because it extends beyond being alive and needing food. Motherhood is about love, presence, and intercessory prayer for our children. It’s also about putting our children in God’s hands. Sometimes that might even include sitting by and watching as one of them cusses at God during Mass, like I did in my anger and bitterness after losing Anthony.

Our Lady of Sorrows shows us that it is in our prayer and in our love that our children come to her Son Jesus. Mary was my mother in the depths of my suffering and grief and she taught me how to be a better mother to my children. 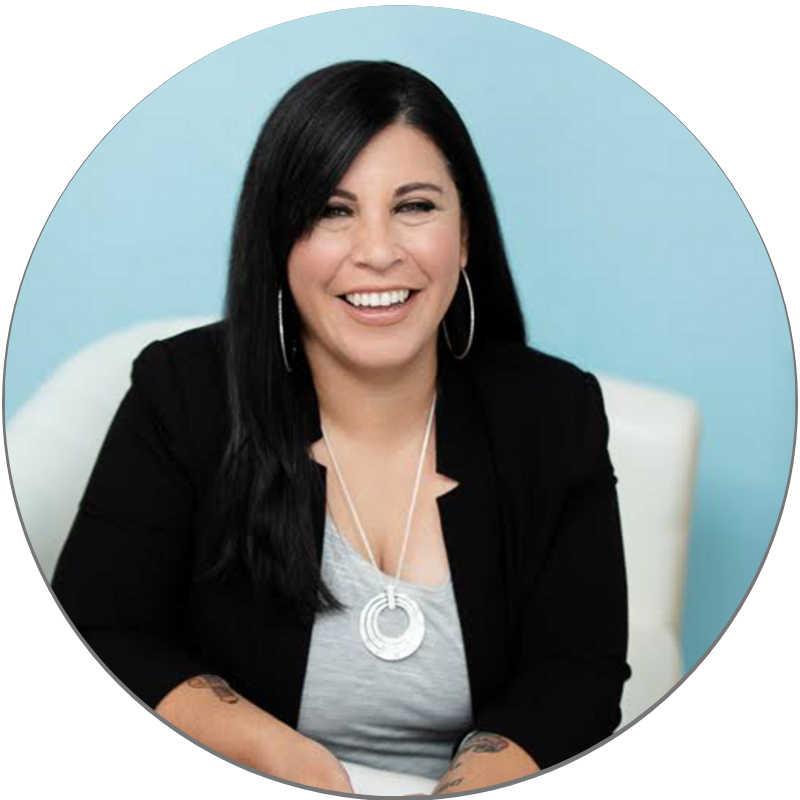 Leticia Ochoa Adams is a writer and speaker who is a regular guest on The Jennifer Fulwiler Show on SiriusXM Radio.