Devotion to Mary Is Rooted in the Bible

Non-Catholics might think we have an obsession with the Blessed Mother. Some Catholics talk about Mary so much that others might think they forgot about Jesus. Devotees have pictures, statues, wear medals, and pray rosaries and chaplets in her honor. It’s no wonder that Catholics are often accused of worshipping Mary, or even worse, of Mariolatry—an extreme devotion to Mary.

Many Catholics lack a proper understanding of Mary or how to articulate what we believe about her. When talking with a family member, friend, or coworker who is not Catholic about devotion to Mary, the key is scripture because we find its source there.

The most common prayer to the Blessed Virgin is the Hail Mary, which is recited fifty-three times in the rosary. So much repetition might seem excessive in terms of love for the Blessed Virgin.  But the Hail Mary contains the words of sacred scripture. When the first half is prayed, it simply is a repetition of two greetings—from the angel Gabriel and Elizabeth—in St. Luke’s Gospel: The angel comes to Mary and says, “Hail Mary, full of grace, the Lord is with you.”  When Mary visits her cousin Elizabeth, the Holy Spirit prompts Elizabeth to proclaim Mary blessed among women and the fruit of her womb as blessed also. These two greetings merged in the Hail Mary and repeated by generations of believers. Each time we pray it, we tell Mary we love her as our mother and we request her continued prayers throughout life.

Mary Is Our Intercessor:  Queen Mother and Cana

The conclusion of the Hail Mary says, “pray for us sinners now and at the hour of our death.”  It’s an important request. We are asking the Blessed Mother to pray for us in the immediacy of the moment, whatever our concerns or worries might be, but then also to pray at the hour of our death, before we encounter Jesus, the merciful judge. This request for Mary’s prayers is also rooted in the scriptures, both in the Old and New Testaments.

The Old Testament presents the role of the queen mother. The queen was not the wife of the king, but rather the king’s mother. Her role was to be an advocate and intercessor for the people. The people would approach the queen mother to make their requests and then she would take them to the king for consideration. Sound familiar? It is exactly how we approach Mary. The last Sunday of Ordinary Time is celebrated as Jesus Christ, King of the Universe. If Jesus is the King, then Mary is the Queen who fulfills the role of the queen mother. Many people share their requests with her at shrines and in their daily prayers. She presents them to her Son, who listens to her. It’s similar to the wedding feast of Cana, when Mary noticed a need and brought it to Jesus’ attention. She already was interceding and asking Jesus to do something.

Intercession, whether Marian or of the saints, is biblical and its’ why we ask their prayers from heaven still today. And as we’ve seen throughout history, it works!

The Beginning and the End:  Genesis and Revelation

The bible begins and ends with Marian imagery. It is not as apparent as you might think and scholars have debated it, but what Genesis says finds fulfillment in the book of Revelation.  Genesis 3:16 says that the foot of the woman will crush the head of the serpent. Mary, as the New Eve, is the woman whose foot will crush the head of the serpent. Many statues depicting Mary as Our Lady of Grace portray this spiritual reality. Her intercession has been effective against evil.

In the Book of Revelation, chapter 12 recounts the battle between a woman—clothed with the sun with a crown of stars—and a dragon. The woman overcomes the attacks of the dragon. The Church has always employed a Marian interpretation into this chapter, especially since it is read on the Feast of the Assumption. What was prophesied in the beginning of the canon of scriptures finds fulfillment in the final book and continues to be fulfilled today.

Devotion for Centuries:  All Generations Will Call Me Blessed

Perhaps the best scriptural foundation for our devotion to Mary is that Mary herself said that people for all generations would call her blessed. Why wouldn’t we want to honor the one who gave birth to the savior of the world and played such a crucial role in salvation history? Devotion to the Blessed Virgin was present early in Church history. Justin Martyr and Irenaeus wrote about Mary as the New Eve in the first century. The oldest Marian prayer is the Sub Tuum Praesidium (Beneath Thy Protection), which was found written on Egyptian papyrus from the third century. In 431, Mary’s role as the Theotokos (Mother of God; God-bearer) was defined at the Council of Ephesus. In addition, the saints have written about her for centuries. People have sung hymns about her, invoked her intercession, and visited her shrines.

Truly what Mary proclaimed in her Magnificat during her visit to Elizabeth God has fulfilled, for she is blessed among all women. Indeed, the scriptures provide grounds for Catholic devotion to the Blessed Virgin Mary. 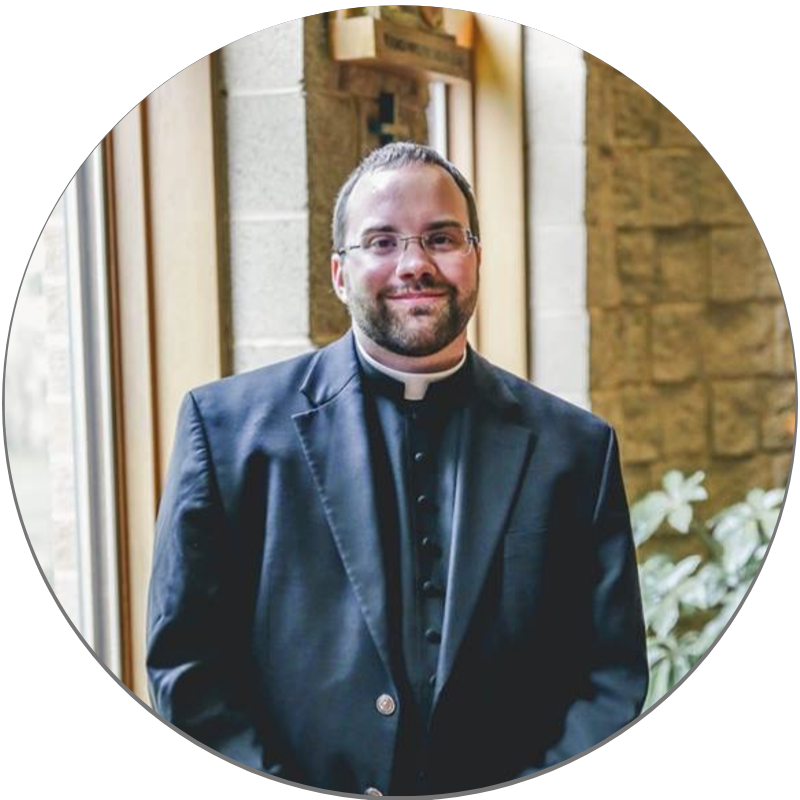 Rev. Edward Looney is a priest of the Diocese of Green Bay and a member of the Mariological Society of America.  He is a writer, speaker, and radio personality, and hosts the podcast How They Love Mary.  He is the author of several books, including A Heart Like Mary’s.