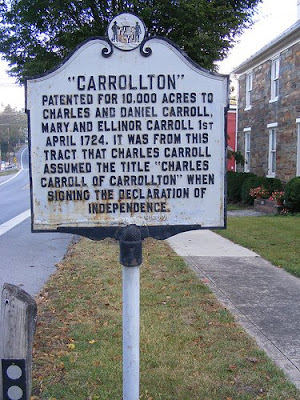 Independence Day is not a holy day of obligation. Nevertheless, many Catholics go to Mass on the Fourth of July, mainly in thanks and praise for the religious freedoms the United States allows.

But Catholics have not always enjoyed religious freedoms in the United States. At the nation’s founding and in other periods of history since, Catholics were not afforded the same rights as Protestants. In colonial times, for example, Catholics could not run for political offices. Catholics had to support Protestant churches with their taxes and could not build their own schools Because of persecution, most Catholics in the New World settled in Maryland. In 1649 the Maryland colony passed the Act of Toleration which promised religious freedom to Catholics and all other Christians. About one hundred years later, when the Puritans gained power, this law was repealed.

The prejudice and discrimination against Catholics lessened about the time of the Revolutionary War. Despite unfair treatment, most Catholics sided with the colonists because of the promise of full religious freedom. Not only were Catholic colonists among the greatest patriots in the war, but the revolution against the British was greatly helped by France, a primarily Catholic nation.

Nowadays, Catholics have pretty much been assimilated into American culture, though prejudice and misunderstandings still arise over positions strongly held by Catholics, for example life issues such as abortion, capital punishment, and euthanasia. Nevertheless, the democratic government of the United States affords its citizens a chance to dissent, express opinion, protest, and participate in national issues—great graces for which all should offer thanks. The fathers of the Second Vatican Council wrote: “One must pay tribute to those nations whose systems permit the largest possible number of citizens to take part in public life in a climate of general freedom.” Certainly the United States of America offers its citizens that chance.

July 4 offers a great opportunity to celebrate life with family and friends. Cookouts, parades, camping, ball games, and fireworks are a part of the festivities: a real foretaste of the kingdom that Jesus ushered in at his coming. Enjoy the day. Remember to thank God for all of your blessings and the blessings of this nation.

Student Activities
Give each student a copy of the Bill of Rights and/or Declaration of Independence, strips of poster paper, and a dark marker. Ask them to read the document and print relevant statements on the paper. Call on volunteers to share their statements. Post them strips of paper around the room.

Brainstorm with the students a list of famous American Catholics (e.g., athletes, actors, and politicians). Have the students write letters asking the celebrities to explain the importance of faith in their lives.