Here are three simple, summer games for some added fun for your parish youth groups (and a few extra adaptations). Enjoy! 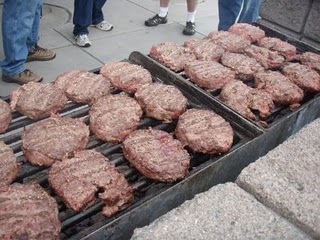 A trip to the local miniature golf course remain a popular outing for teens. Call the local miniature gold course and inquire about a group discount.
Once at the course, divide the teens into foursomes and let them begin playing. Tell them you will be offering a few special prizes at the end of eighteen holes, but don’t tell them for what. Remind them to write down their scores.

As the foursomes return, collect their scorecards. Award several prizes for things like:

Some courses offer a discount on replays. You may want to have the group go through again just for fun!

Description
Summer is the time for a pool party. Check with local schools or recreation centers to find out how you might go about reserving a pool for your group. Or, inquire in the parish if someone with a pool might be willing to sponsor such an event. Include a cookout as part of the festivities. Divide the cost of the event among the teens.

Mostly the teens will be able to entertain themselves with swimming, eating and playing regular pool games like “Marco Polo.” If there is a diving board, you may suggest that they toss the plastic ball to a person jumping, diving, or flipping off. They can enjoy watching for the most acrobatic catches.

Inner tube water polo is played by setting up two lounge chairs on their sides at opposite ends of the pool (on the pavement, not in the water). Divide the group into two teams, with each person sitting in the inner tube against the wall near their own goal. Say “go” and throw the plastic ball to the middle of the pool. Players from both teams paddle to the ball. The team that retrieves it begins its assault on the other goal. A point is awarded for any ball that hits on the seat part of the chair, but the player has to have thrown the ball from the inner tube. You can permit lots of rough stuff as long as the players remain in their inner tubes at all times.

If there are not enough inner tubes to go around adapt with other kinds of floating devices.

Description:
This event works for groups just getting acquainted. Reserve a place at a local park with cookout grills or any place with a large field.
Keep the food cooking and available throughout the event so that teens can eat whenever they want during the activities. Here are standard games that always seem to work well in groups with both boys and girls:

Softball.
This is a game for the entire group. If you don’t want to require the teens to bring gloves, play with a larger, spongier ball so that they will be able to catch it with their hands. Old towels work just fine for bases.

Capture the Flag.
This remains a popular game, especially when it is played in a large open space. Divide the area into two sides. Put flags (towels) toward the rear of each side. One goalie for each team is permitted to guard the flag. Also reserve a jail on each side. This is the area for the capture opponents. The object of the game is to retrieve the opponents’ flag without being touched. Those who are touched are sent to the opposing team’s jail. The teens can fill you in on the other details.

Frisbee Football.
This is played like regular football as teams move toward their opposing team’s end zone. In this game, a Frisbee is used instead of a football. One team starts with the “ball” at its own twenty yard line. Teammates pass from one teammate to another all the way down the field. There is no running after a catch and opponent have to back at least three feet off the passer. A dropped Frisbee gives the ball to the other team.

Steal the Bacon.
This game is similar to the old playground game of the same name except a water balloon is placed in the middle of the circle of participants. Give each person a number. When you call two numbers, those players race to the center of the circle for a balloon. The person who gets their first is allowed to douse the opponent before he or she gets back to the circle. Toward the end of the afternoon, a plain old water balloon fight would be great.