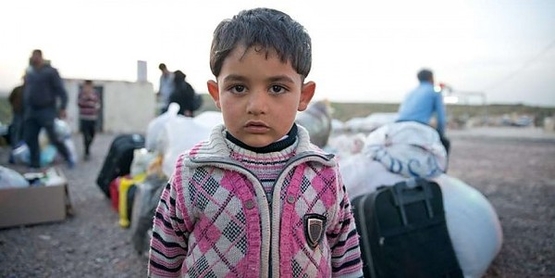 The unfortunate civil war in Syria provides an opportunity for students, as Catholics, to research and evaluate the arguments they hear about the United States making air strikes against the country. Their thoughtful reflection may lead them to contact their senators or representatives in the US Congress.

You may want to use the Engaging Faith blog entry, The Catholic Just War Theory Lesson Plan for the criteria for a just war.

Review or introduce the just war doctrine to the students. Ask them to look at a map of Syria, noting which countries surround it. Explain some basic things about the country. (The CIA has basic information and map about each country online

Ask students to evaluate these articles suggested below (or others of your choosing) in pairs or small groups and be ready to talk about the perspectives they have read in light of the just war theory. The first reading is from the US Catholic bishops. The next three articles are from key North American newspapers, one Canadian. The last is a statement by the UN Secretary General. As the students read through their articles, ask them to look for the answers to these questions.

The Editorial Board, “Debating the Case for Force,” The New York Times, September 2, 2013