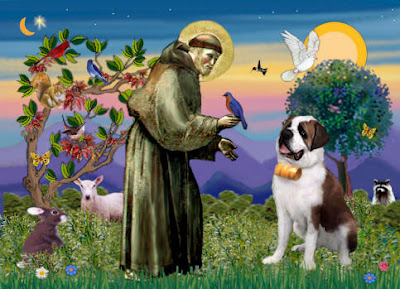 Your high school students may roll their eyes in disbelief, but many of the saints were really funny people. They didn’t find it hard to pray one minute and offer a one-liner the next. Their sense of humor, practical jokes and pranks offer a great lesson on what spirituality is all about. You might consider offering a mini-lesson on the humor-and-holiness connection for November 1, the Solemnity of All Saints Day.

The Funny Saints
Yes, there were plenty of saints who thought that laughing out loud was grounds for excommunication.St. John Chrysostom, the fourth-century bishop and Doctor of the Church, said, “Laughter does not seem to be a sin, but it leads to sin . . .” St. John, also called “the Golden-mouthed” for his great eloquence, was known for his stirring sermons but obviously not for his sense of humor. But John lived in an age still touched with Stoicism, a philosophy that found emotional expression frivolous or even harmful.

Nonetheless, almost every Christian century has produced holy men and women who found that a sense of humor was extremely helpful on the way to heaven. Maybe that’s because humor requires a special insight, a more relaxed philosophy of life.  People with a great sense of humor have much more than a simple knack with witty words or a great repertoire of jokes. Funny people see the outrageous contrast between what we say and what we do. They can poke fun at hypocrisy—and themselves. They see beyond the little problems and annoyances that pester us on a daily basis.  They see God chuckling at his crazy two-legged creatures. 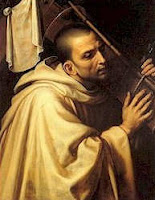 In the twelfth century, St. Bernard of Clairvaux, the founder of the Cistercians, liked to laugh at his overly serious monks. One day, when opening a new abbey near Foigny, France, the monks found a huge swarm of pesky flies filling the church that was about to be dedicated. Bernard watched his monks swatting, shooing, coaxing—all with no success.  Finally, the head abbot fixed his eyes on the swarming flies and solemnly and loudly declared, “ I hereby excommunicate all of you.” Bernard’s monks laughed with him but found hundreds of dead flies all over the floor the next morning.

St. Francis of Assisi had a soft and gentle sense of the funny and the ironic. He poked fun, first of all, at himself. He referred to himself as the “fool for Christ,” but insisted on calling all of God’s creatures, even animals, with great respect. That often made him the butt of many jokes in Assisi.  Francis even preached to the birds and the fish, taking literally the Gospel’s command to share the Good News with every living creature. Francis knew that his “talking to the animals” would make people laugh.  His humor had a point and a deeply rooted spirituality.

St. Thomas More—Sir Thomas then—was a lawyer and the Lord Chancellor of England when his sense of humor began to get him into very hot water. He wrote a witty satire on the political and religious hypocrisies of his time. The book, “Utopia,” was well read in England and was not overlooked by King Henry VIII whom Thomas served. Later, however, Thomas, a Catholic and a family man, was forced to tell the king that he did not condone his divorce from Queen Catherine to marry Anne Boleyn. The king saw Thomas as a traitor and ordered his beheading. As the loyal and faithful saint was led to the block, his sense of humor had the final word. As he approached the platform where the executioner waited, he asked a few bystanders, “see me safe up, and for my coming down, let me shift for myself.” The crowd laughed and then wept. Right before his death, as Thomas laid his head on the block, he moved his beard out of the way, advising the executioner, “My beard has done no harm.”

The great Carmelite reformer and Doctor of the Church, St. Teresa of Avila had an irrepressible sense of humor. A mover and a shaker during her day, she was often in conflict with 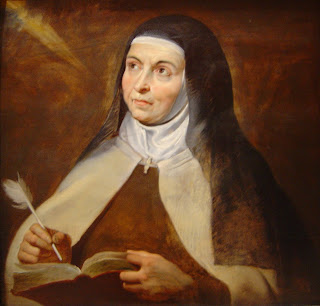 many of her fellow Carmelite sisters who hated the reforms and religious discipline she was instituting. At one convent where she was appointed superior, Teresa knew that her life could be in danger. The nuns there preferred their pampered life style, luxurious furnishings and fabulous meals. They hated her. Teresa heard that the sisters would not let her sit in the prioress’s chair—a symbol of her authority over them. On the first night she was there, Teresa secretly arranged to have a huge and heavy statue of the Blessed Virgin placed on the prioress’s chair. In the morning, she greeted her sisters with a mischievous smile and sat down right in front of the chair and . . . the Blessed Mother. It was a practical joke—but a joke with a message.

In Turin, Italy, a young priest from a very poor background was a hero to the city’s hordes of homeless boys. St. John Bosco charmed them with his juggling act, with his magic tricks and acrobatics.  As a boy, growing up without a father, John had learned circus skills to make more money for his impoverished mother and siblings. But Father John Bosco’s fellow priests thought he was unstable. He had to be. No one would seriously want to spend time with the “worthless” poor boys who had been abandoned and left to their own devices. Two of Father Bosco’s fellow priests planned to commit him to a local insane asylum. When Father John caught wind of their plot, he played along just long enough. When his fellow clerics stepped up into the carriage, expecting him to follow, he slammed the door, slapped the horses into motion and told the carriage driver—“Take them to the asylum! They’re expected.”

Not so many years ago, in the short reign of Pope John XXIII, a short, round and elderly man, the Church enjoyed one of its funniest holy men.  John had an eye and ear for the funny. When asked early in his papacy, how many people worked in the Vatican, the pope quipped “About half of them . . . “ One day, as he arrived for an outdoor audience, he overheard two elderly 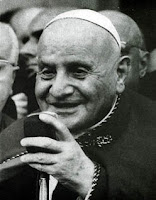 women discussing his physique.  Pope John became pope right after the long papacy of Pope Pius XII, a slender, aristocratic man born to a wealthy family. “My God, he is fat!” whispered one woman to her friend.  The pope turned on his heels, faced the women with a smile and commented, “But, Madam, you must know that the conclave is not exactly a beauty contest!”  Afflicted soon after with stomach cancer, the pope made light of his approaching death. “My bags are always packed,” he laughed.

Teaching Strategies
1. Give a short history of the Solemnity of All Saints on November 1. Why does the Church celebrate its saints all together on this day?  Ask students to share how this feast is celebrated in their own parishes or schools.

2. Divide up these short accounts of saints so that there is one saint story on a single sheet. Have students break into small groups of three or four. Distribute two or three of the stories to each group.  Have the groups read and discuss the stories and the humor of that saint.

3. Call on the groups and ask: “How did these saints use humor—or practical jokes, etc.—to help people see things more clearly?” Which of these saints would they have liked to know?

4. Ask students if they know anyone living now who seems to be close to God who also has a good sense of humor. Are there also certain kinds of humor that hurt and divide?


Extra Credit Activity
1. Invite students interested in earning extra credit to research and share their own opinion about connections between humor and holiness. How is this feast celebrated in different Catholic parishes?

2. Challenge students to do additional research and write a two-page report on any of the saints discussed.