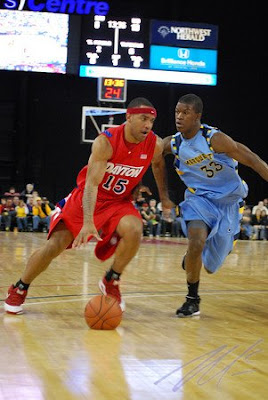 Here’s an annual breakdown of the NCAA men’s basketball tournament with a focus on Catholic colleges that have been selected. Amidst the filling out of brackets, use the opportunity to share some information on the particular Catholic colleges, their charisms, founders, and missions. Encourage your students to consider attending a Catholic college.

Ask the students to rate the Catholic teams (based on seedings). It might look something like this:

Also, hand out a blank map of the United States. See how many students can correctly place the Catholic college in the correct location by state.

And, don’t forget to ask some questions pertinent to the colleges. For example:

1. Which colleges are founded by the Jesuits? (Gonzaga, Xavier, Marquette, Boston College)
2. Which colleges are named for saints? (St. Aloysisus Gonzaga, St. Thomas of Villanova, St. Catherine of Siena, St. Francis Xavier).
3. Which school originally had the nickname the “Fighting Irish”? (Gonzaga)
4. Which school was founded by the Friars of the Order of St. Augustine? (Villanova)
5. Which college is named after an explorer? (Marquette for Father Jacques Marquette (1637-1675), a French, Jesuit missionary and explorer in North America).
6. Which college was originally named St. Mary’s College for Boys? (Dayton)

If you have additional questions, activities, or games connected with “March Madness” share them with your fellow teachers in the comments section below. Also, you can conduct similar lessons with the NCAA Women’s basketball bracket that will be released on Monday evening.