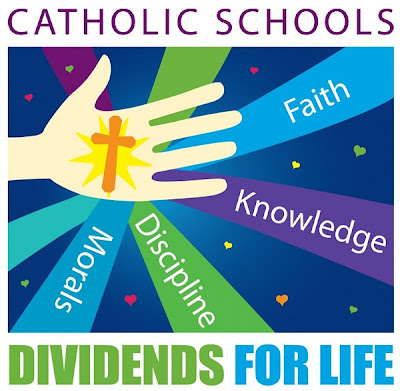 It is fitting that in the days just prior to the start of Catholic Schools Week, the Church celebrates the lives of two founders of religious communities who have been dedicated to educating boys and girls in Catholic high schools that flourish to this day. Interestingly, if you were to choose one word to describe the educational philosophies of St. Angela Merici (January 27) and Bl. Basil Moreau (January 20) it might be innovative.

St. Angela lived in the early sixteenth century in Italy. When she was fifty-six years old Pope Clement VII asked Angela to take charge of a nursing order of sisters. She told the pope “no.” The reason? She had observed an even more pressing need in her hometown of Brescia. The girls of the Brescia had little or none formal education.

Angela wanted to help, but according to the times, unmarried women could not be teachers. Nuns were highly educated but they were not allowed to leave the convent. She thought of a new way. She brought together several unmarried women who had been members with Angela in the Third Order Franciscans. They met for prayer and classes while living in their own homes. 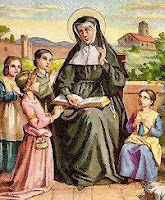 These women went out into the streets to find and offer education to poor girls. Eventually Angela agreed to the pope’s new request to formalize this new approach. Angela’s Company of St. Ursuline, or Ursulines, was the first group of women to work outside of the cloister and the first teaching order of women in the Church.

The Ursuline tradition has been strong in the United States. Ursuline Academy in New Orleans began in 1727 and is the oldest girls’ school in the country. There are several other Ursuline academies that continue to foster:

St. Angela Merici once said, “If according to times and needs you should be obliged to make fresh rules and change certain things, do it with prudence and good advice.” Ursuline schools in the United States have continued to be homes for many “firsts” including offering the first classes for female African-American slaves, for free women of color, and for Native Americans.

Bl. Basil Moreau was ordained a priest in 1821 and founded the Congregation of Holy Cross in 1841 in France. The Holy Cross sponsor 14 high schools in the United States. 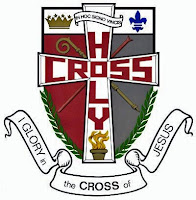 Fr. Moreau’s educational goal was to prepare students to be both productive citizens while at the same time imbuing them with Catholic values and a Catholic worldview. He believed that the “mind must not be cultivated at the expense of the heart” and that teachers should both prepare “useful citizens for society” while at the same time doing their “utmost to prepare citizens for eternal life.” He sought out top-level teachers and trained them to be even better. He wrote textbooks and teacher manuals and documents on Christian education, unheard of for his time. In his homily commemorating Basil Moreau’s beatification in 2007, Cardinal Theodore McCarrick of Washington D.C. described Bl. Basil as a patron of religious education.

Moreau constantly reminded educators that education is a balance between heart and mind and between faith and knowledge. His attitude is continually reflected in values common to Holy Cross schools throughout the world:

As you celebrate Catholic Schools Week in the tradition of your own high school—be it Ursuline, Holy Cross, or of the charism of any other religious community or local diocese or parish—pray to St. Angela Merici and Bl. Basil Moreau and ask for their intervention for your students and your ministry as a teacher.

You will effect more by kind words and a courteous manner than by anger or sharp rebuke, which should never be used except in necessity.
—St. Angela Merici

Zealous teachers know that all students are equally important to God and that their duty is to work for each with the same devotion, watchfulness, and perseverance.

Teachers who have drawn such gentleness from Jesus Christ will be blessed and happy. They will truly be the most important people in their school, and they will cause Jesus Christ to be the important person there.
—Bl. Basil Moreau


Prayer for Our Children

Lord, help our children
to know the road you have chosen for them:
May they give you glory and attain salvation.
sustain them with your strength,
and let them not be satisfied with easy goals.
Enlighten us, their [teachers],
that we may help them to recognize their calling in life
and respond to it generously.
May we put no obstacle in the way of your inner guidance.
—The Pope’s Family Prayer Book