Michael Pennock, author, teacher, and dear friend of all of us at Ave Maria Press, passed away Wednesday evening in his home in Austin, Texas. His loving wife Carol, who Mike recently described as “my saint,” was with him when he died. Mike had an aggressive and virulent form of stomach cancer that was only diagnosed in April.
Carol said that just before he died, Mike lifted up his hand to her as if he were waving good-bye. She said he also had the “biggest smile” on his face.
If I were Mike Pennock writing about someone as faithful to Christ, the Church, and his family as Mike Pennock was, I would note the appropriateness of Mike’s passing on the birthday of St. John the Baptist, June 24. John was God’s Herald, who came to the world to testify to Jesus Christ, the Light of the World.
To the nearly 15,000 students Mike taught in the classroom at Moeller High School in Cincinnati and St. Ignatius High School in Cleveland and nearly two million more students who have used his textbooks over nearly thirty years, Mike has indeed been a herald of his Savior, Jesus Christ.
As Mike has always done for the sixteen years I have worked with him as an editor, he was way ahead of himself on his latest projects. He had recently completed three textbooks that will soon be released to provide support for the United States Catholic Bishops’ National Framework. In one of them, he wrote:

If we imitate Jesus in his love for others, then we need not fear death. Jesus Christ wants us to befriend him in this life so we can live joyfully with him in eternity. This is not only the Good News of the Gospel; this is the greatest news we could possibly want to know.

V. Eternal rest grant unto them, O Lord.
R. And let perpetual light shine upon them.
V. May their souls and the souls of the faithful departed,
through the mercy of God, rest in peace.
R. Amen. 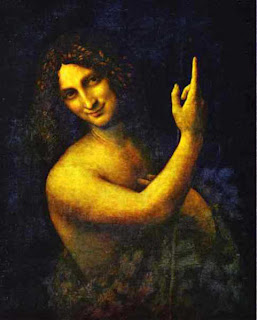