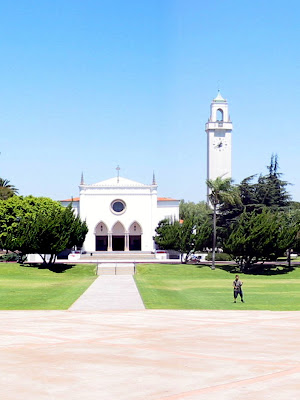 The pilot study, conducted by Loyola Marymount Universitys School of Education, focused on a particular set of L.A. Catholic school students who received tuition funding from the Catholic Education Foundation (CEF) between 2001 and 2005. Surveys were conducted with the students, their families and the principals to understand what is it that makes a difference in a Catholic school for those most at risk. The study followed 603 students from eighth to ninth grade and 205 students from ninth grade to high school graduation, at nearly 30 different schools throughout Los Angeles, Ventura and Santa Barbara counties. Of the 603 eighth grade students, 100 percent continued to ninth grade. Of the 205 students who continued with CEF tuition support into high school, 98 percent graduated.

This was the first time the Catholic Education Foundation opened their records to a university and provided the Catholic school data in such detail.

Of the 205 students tracked throughout high school, 98 percent graduated with a diploma. Based on these results, CEFs Catholic school graduation rate is almost 35 percent higher than graduation rates for public schools in Los Angeles, Ventura and Santa Barbara from that same year.

See the complete story at the Loyola Marymount University website.