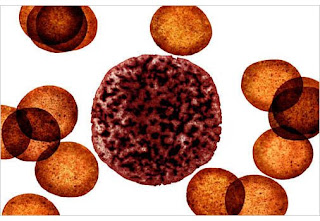 Ave Maria Press recently hosted its Fourth Annual Teacher Enrichment Day at Notre Dame. The teachers in attendance participated in a lesson plan exchange. Periodically we will be highlighting some of those lessons on the Engaging Faith blog.

Directions:
Use the New American Bible and your common sense to complete this worksheet. Read the cited passages to aid you in filling in the blanks.

Transubstantiation
Not all Christians believe in the Real Presence of Jesus in the Eucharist. However, Christians universally accepted this belief until the sixteenth century when John Calvin challenged it. The theological term that describes this way Christ is really present in the consecrated bread and wine is transubstantiation. This belief says that the substance of bread is changed into the Lord’s Body, and the substance of wine into his Blood. The “appearances” (sometimes called “accidents”) of bread and wine including the shape, color, weight, and taste remain those of bread and wine. This reality is only recognizable through the eyes of faith. Catholic teaching on the Eucharist emphasizes the strength and inspiration we receive from Jesus’ Real Presence—this food nourishes us for our journey through life. At Mass we eat the Body of Christ to become the Body of Christ; to be Christ’s presence in the world today. Is this belief supported by Scripture?

Biblical Foundations of the Real Presence
1. Let’s begin by looking at the most ancient account of Jesus’ words at the Last Supper. This is found in 1 Corinthians 11:23-26. Write the passage here:


2. At this meal, in keeping with the Jewish meal ritual, Jesus blessed a loaf of bread, broke it, and gave it to the Apostles who were at table with him. But at this Seder Meal Jesus added something that was not part of the traditional ritual. Read Mark 14:22-24. Verse 24 is the critical verse. Write it here:


3. The question remains: did Jesus want his words to be taken symbolically or literally? Let’s depart from that question for a moment to look at two other says of Jesus.
A. In John 10:7 Jesus refers to himself in the image of a _[gate]___.
B. In John 15:1 Jesus refers to himself as a __[true vine]__.
Did Jesus literally mean that he is a hinge and latch? Or that he is a growing plant? Of course not. The point here is that we have to take Jesus on his own terms: What did he wish to communicate? So did Jesus mean that the bread and wine truly become his Body and Blood? Other biblical passages help to answer the question.


5. Did the people listening to Jesus that day take him literally? The answer is “yes.” What were the Jews quarreling about in verse 52?
[That Jesus said he was giving them his flesh to eat.]

The fact is, everyone listening to Jesus speak that day took him literally. In the cases of the gate and the vine people aren’t asking questions like: “How can this man be made of wood?” or “How can he claim to be a plant?”

6. In other situations where the meaning of Jesus’ words were misunderstood he cleared up the confusion. Read John 4:32-34. Here the disciples are confused about what Jesus means by the word “____” and Jesus clarifies for them that he means the work of his Father.


If the Eucharist is merely a symbol of the Lord’s Body and Blood, then Paul’s words make no sense. How can one “eat and drink judgment on himself” if what is being ate and drank is only a symbol? Paul’s words only make sense if the bread and wine have become the real Body and Blood of Christ. Did the first Christians believe in the Real Presence of Christ in the Eucharist? The answer is also “yes.” The Real Presence of Christ in the Holy Eucharist was a doctrine believed and taught unanimously by the Church since the time of Christ. The “literal” sense of the Eucharist was the only sense that early Christians understood. Also, recall St. Paul’s comments in number 7 above. Proof is also in the writings of the Church Fathers and in the ancient Sacred Tradition.

8. Let’s look at one more passage: John 6:51-57. It is a significant passage in determining the meaning of Jesus’ words at the Last Supper. Read and write the passage below.

B. In verse 66 we learn that from this time on:
[Many of Jesus’ disciples left him.]


C. Now recall the example of John 4:32-34 (number 6 above) when Jesus cleared up confusion about what he meant by the word “food.” Does Jesus attempt to clarify his words here? Does he say anything like, “Oh, wait a minute, don’t go away. I don’t mean these words literally, only symbolically!”
__ (yes/no)


10. How can we “know” the reality of Jesus Real Presence in the Eucharist? Ultimately, we can only know it through the eyes of [faith]__. Ultimately, like our belief in the existence of love, and our Catholic beliefs in the divinity of Jesus, the Resurrection of Jesus, and the Trinity, the Real Presence of Christ in the Eucharist is a [mystery]___; something so packed with meaning we can never fully understand it. (Hint: if you are stumped for answers, check elsewhere on this worksheet.)

Many Christians speak of the need for a personal relationship with the Lord. What more personal relationship is there than to be nourished by the Body and Blood of Jesus in love and devotion. And, since the Eucharist takes place in the context of a community meal, we are also united with our brothers and sisters of faith. To make the presence of Jesus only a symbolic one is, therefore, to strip the Eucharistic celebration of its true meaning.

This lesson was submitted by Tom Dlugosz of Marian High School in Mishawaka, Indiana.