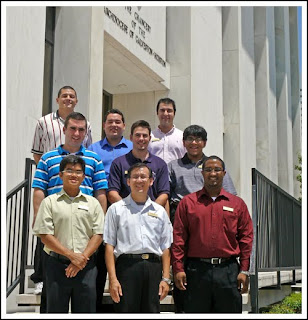 A topical discussion for your class may be the Church’s teaching on the call to priesthood and requirements for ordination, specifically the male-only priesthood and the gift of celibacy. The following material is reprinted from Marriage and Holy Orders: Your Call to Love and Serve.

Understanding the Call to Priesthood

Think ahead to your high school graduation. Let’s say that you imagine yourself to be a pretty fair public speaker. You enjoy getting up before large groups of people and persuading them to your point of view, telling a few jokes, or making some very cogent points on a number of topics of interest. You decide you are the one to give your class’ valedictorian address.

What would happen if you approached your school principal or dean in charge of determining the valedictorian and other speakers for graduation day? How would your demand be received? More than likely, you would be told that the right to choose the valedictorian belongs to the school, not you. The school officials might then list for you all of the established criteria for selecting the class valedictorian; i.e., leadership skills, grade point average, participation in school activities. Your desire to be valedictorian may or may not end right at that point. In fact, the principal may tell you, “Don’t call us, we’ll call you!”

Apply this analogy to the priesthood. Just because a person desires for himself to be a priest, does not mean one has a right to receive the sacrament of Holy Orders. Rather, a person is first called to the priesthood by God. Next,

Anyone who thinks he recognizes the signs of God’s call to the ordained ministry must humbly submit his desire to the authority of the Church, who has the responsibility and right to call someone to receive orders. Like every grace this sacrament can only be received as an unmerited gift (CCC, 1578).

To be considered a candidate for ordination, a man must be called to this special vocation by Christ. Therefore, ordination is not a right that anyone can demand but a privilege for those who have been called by God.

Why Only Men Can Be Priests

Pope John Paul II addressed the Catholic practice of ordaining only men to the priesthood in a 1995 Apostolic Letter to the Catholic bishops. The pope, quoting Pope Paul VI, explained that there are very fundamental reasons why the Church holds that it is not admissible to ordain women to the priesthood. The reasons for this teaching form part of the Church’s “deposit of faith,” which it has received from Christ.

First, when Jesus chose the twelve Apostles to carry on his work he only chose men. Christ made this choice in union with the will of God the Father: These men received from Christ very specific instructions regarding their mission and ministry: “He appointed twelve [whom he also named Apostles] that they might be with him and he might send them forth to preach and to have the authority to drive out demons” (Mk 3:14–15). Christ chose the Apostles to a role of leadership and as the foundation for his Church.

Likewise, when it was the turn of the twelve Apostles to pass on the mission they were given by Christ, they too chose only men to be their successors. See 1 Timothy 3:1–13,2 Timothy 1:6, and Titus 1:5–9 for examples from Scripture in which the Apostles, including Saint Paul, chose men to be bishops or presbyters. Even when the Apostles had the chance to replace Judas, they did not replace him with a woman, though many women disciples, including the Blessed Virgin Mary, were often present with them in the time surrounding Pentecost.

That Mary herself did not receive the specific mission of the Apostles nor the call to ministerial priesthood is not only a sign that Christ intended only men to be ordained, but it also, according to Pope John Paul II, demonstrates clearly that the non-admission of women to priestly ordination cannot mean that women are of lesser dignity, nor can it be construed as discrimination against them. Rather, it is to be seen as the faithful observance of a plan to be ascribed to the wisdom of the Lord of the universe.

Jesus certainly could have ordained women if he chose. Jesus regularly interacted with a group of women and had several women disciples during a period and place in history in which women and men typically were not friends, especially in public. He taught women “at his feet.” In his society women were not usually allowed to learn directly from a rabbi at the synagogue or any other forum. The gospels record that a group of women disciples were the first to attest to Jesus’ resurrection and were counted on to proclaim the resurrection to others. Nevertheless, Jesus still did not count them among the twelve Apostles.

This deposit of faith is often questioned today when the fundamental equality and dignity of women is stressed. But the Church responds that the gift of a vocation to the priesthood for men can be compared to the vocation of motherhood for women. Like ordination, motherhood can only be received as an unmerited gift. A woman cannot will herself to be a mother. Also, as Holy Orders is a sacrament for the service of others, motherhood is not primarily for the benefit of the mother, but for the good of the child.

Finally, though they are not called to ordination, the presence and role of women in the life and mission of the Church remains invaluable. Women can hold many leadership positions in the Church. Many of the ministries that were once traditionally done exclusively by priests are done by the laity now and do not require ordination. Under the direction of the bishop and pastors, these ministries are now undertaken by lay people, both men and women.

The Gift of Celibacy and Other Spiritual Requirements for Priests

While the presence of married priests in the early history of the Church and in the Eastern Church still today shows that celibacy is not demanded of priests by the nature of the sacrament of Holy Orders, it is also clear that a commitment to chastity or celibacy for the sake of the kingdom of heaven was recommended by Christ by his own example (he did not marry) and in his own words:

Also, Saint Paul in his letters expressed that remaining celibate for the sake of the kingdom was the preferred or superior state of life for those who were able to keep it:

Indeed, I wish everyone to be as I am, but each has a particular gift from God, one of one kind and one of another. Now to the unmarried and to widows, I say: It is a good thing for them to remain as they are, as I do (1 Cor 7:7–8).

Celibacy for the ordained in the Catholic Church is a discipline, not a doctrine. While the practice of celibacy in the Latin Rite for priests dates from the time of Christ, it was not made mandatory for priests until the Second Lateran Council declared that any marriage entered into by a priest was to be considered invalid. The Second Vatican Council reconfirmed the Church’s mandatory imposition of celibacy for the priesthood “provided those who share Christ’s priesthood through the sacrament of order, and indeed the whole church, ask for that gift humbly and earnestly.”

There are practical reasons that celibacy is a wonderful gift for the ordained and an enhancement of their ministry. For example:

The Eastern Churches have practiced a different discipline regarding married clergy for many centuries. Married men can be ordained priests and deacons while bishops are chosen solely from among celibate men. There are also some married priests in the Latin Rite Church. Since the Second Vatican Council exceptions have been made for some Anglican priests and other Protestant ministers who have later converted to Catholicism and wish to be priests in the Catholic Church. The Council also restored a permanent diaconate to which married men are ordained.

In union with the pledge to celibacy, a priest also makes a pledge to the spiritual gifts of humility and obedience and, particularly in the case of religious order priests, voluntary poverty of worldly goods.