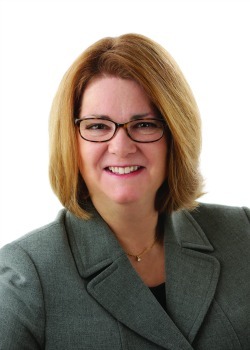 In her new role, Hendey will acquire books in all areas of Catholic life and spirituality. She will help authors shape and develop book proposals and then guide them through the publishing process, working with her colleagues in the editorial, marketing, and design departments. Hendey will also continue to write books for Ave and serve as editor of the CatholicMom.com book series.

“Through her inspiring and tireless work, Lisa Hendey has developed a vast network of friends and contacts, and she is at the center of a powerful and important movement in the Catholic Church,” said Tom Grady, publisher of Ave Maria Press. “We’re delighted that she’ll be joining our team in this new capacity.”

Hendey is the bestselling author of several Ave books, including The Handbook for Catholic Moms, A Book of Saints for Catholic Moms, O Radiant Dawn, and most recently, The Grace of Yes. She is also coediting a book of daily reflections with Sarah A. Reinhard that will be released in 2016. In addition, Hendey has published several children’s titles in the Chime Travelers series (Servant), which were released earlier this year.

“I am thrilled beyond description by the opportunity to be a part of the work Ave does for the Church and for people of faith and those on a path toward knowing and loving Christ,” said Hendey. “As one who has been spiritually fed and formed by Ave Maria Press resources for many years, I am honored to be joining such a committed team of professionals and to be a part of the Holy Cross family.”

In 2015, Hendey was awarded first place by the Catholic Press Association for best group or association blog for CatholicMom.com, which was launched in 1999 and includes contributions from more than 150 columnists who write about topics ranging from technology to music and NFP to parenting humor.

Hendey has also received awards from the Association of Catholic Publishers for A Book of Saints for Catholic Moms (2012) and The Grace of Yes (2015).

Hendey has extensive contacts throughout Catholic publishing and broadcasting. As a board member and frequent host on KNXT Catholic Television, she has produced and hosted multiple programs. She has additionally appeared on a number of Catholic radio programs, on EWTN and CatholicTV, and as a part of the Momnipotent DVD series, and she is the technology contributor for EWTN’s Son Rise Morning Show. A blogger for several sites, Hendey has also written for Catholic Digest, National Catholic Register, and Our Sunday Visitor. She is also a board member of WINE: Women in the New Evangelization.

Hendey travels internationally giving workshops on faith, family, and Catholic new media topics. Her schedule has included the Los Angeles Religious Education Congress, Catholic Marketing Network, University of Dallas Ministry Conference, National Catholic Youth Conference, Midwest Family Conference, and National Council of Catholic Women. In 2013, Hendey was selected as an Elizabeth Egan Journalism Fellow and traveled with Catholic Relief Services in Rwanda to study and write on the aftereffects of the Rwandan genocide on the eve of its twentieth anniversary. She also has been a guest of the Israeli Ministry of Tourism with the Catholic Press Association.

Hendey is a 1985 graduate of the University of Notre Dame. She lives with her family in Fresno, California.