“I may be deceived, disappointed, laughed to scorn, but with all that I will still retain my conviction that the Ave Maria will be the source of most abundant blessings, one of the best things ever done in the Congregation, and ultimately a glorious work for our Blessed Mother.” 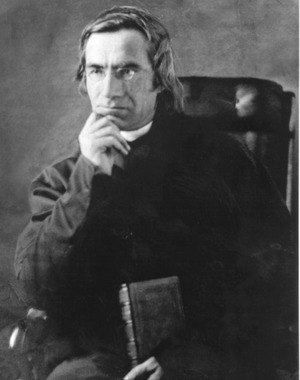 An apostolate of the Congregation of Holy Cross, United States Province of Priests and Brothers, Ave Maria Press was founded by Fr. Sorin with the publication of the first Ave Maria magazine on May 1, 1865, twenty-three years after he founded the University of Notre Dame. Fr. Sorin wanted the magazine to honor the Virgin Mary, focus on Catholic families, and showcase the best American Catholic writing. Many had doubts about whether the publication would survive, but it did for more than a hundred years and at one time was the most popular Catholic magazine in the country.

In 1970, the Ave Maria magazine published its final edition making way for new forms of publishing to flourish in its place. Today, Ave Maria Press is a leader in publishing Catholic high school religion textbooks, parish resources, and books on prayer and spirituality.

Learn more about our 150 years of history by exploring our new interactive timeline: