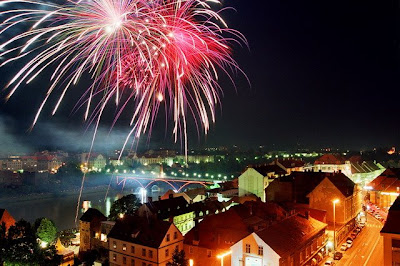 As Ash Wednesday approaches, share some information on the origins and practices of Lent. The following information is taken from Our Sacramental Life: Living and Worshiping in Christ.

We cannot celebrate Easter fully if we have not taken the time to prepare for the celebration. We cannot be restored if we have not taken the time to identify the ways in which we are broken. By the second century Christians were preparing for the Easter celebration with a two-day (forty-hour) fast. No one within the community was to take food or water during the hours that Christ was in the tomb. Also, during the same time, Lent developed as a forty-day period of preparation for those who were to be baptized at Easter. Catechumens were to fast with just one meal per day for forty days in imitation of the forty days that Jesus spent in the wilderness.

This fast was seen as having several purposes. First, people believed that fasting gave fervor to prayers, strengthened them to fight against evil and helped prepare them for the reception of the Holy Spirit. Second, fasting allowed one to give money to the poor that would otherwise be used for food. For many fasting was a response of love. The rest of the Church participated in the fast as a way of supporting the catechumens and as a way doing penance for their sins and recommitting themselves to their own baptism.

In some parts of the early Church Lent—the word means “springtime”—was the appropriate time for those guilty of serious sin to complete their process of reconciliation. At the beginning of Lent those who were called penitents would put on special garments. They would be sprinkled with ashes and then be solemnly expelled from the Church. They would not be able to participate in the prayers of the faithful or the Eucharist until they were solemnly reconciled with the Church on Holy Thursday.

The Lenten season originally began on the sixth Sunday before Easter and ended with the celebration of the Lord’s Supper on Holy Thursday. Because there was no fasting on Sundays, the Church of the fifth century decided that six more days should be added to Lent in order to have forty fast days. To accomplish this, Good Friday and Holy Saturday were separated from the Easter Triduum and added to Lent and the four days preceding the sixth Sunday before Easter were also added. Thus Ash Wednesday was born as the first day of the season of penance. When the practice of expelling serious sinners at the beginning of Lent and restoring them to the Church at the end of Lent faded out of existence at the end of the first millennium, the practice of sprinkling ashes was retained for all the faithful.

Today, Lent is seen as a time of conversion with a threefold emphasis on prayer, fasting, and almsgiving. We seek a greater openness to the word of God, a more complete participation in the liturgy, and a stronger commitment to works of charity (almsgiving). Our practice of fasting (not eating) and abstinence (giving up certain foods or behaviors) is designed to turn our hearts to God and remind us of the plight of those who are hungry. During Lent we abstain from meat on Ash Wednesday, on every Friday including Good Friday. On Ash Wednesday and Good Friday we also fast between meals. Today’s Lenten season extends from Ash Wednesday to the Mass of the Lord’s Supper on Holy Thursday. It is forty-four days long if Sundays are included and thirty-eight days if they are not.

Discussion
A common modern practice during Lent is for Catholics to substitute a meal of soup and bread or other simple items on Ash Wednesday and the Fridays of Lent. Then, the difference in cost between what is usually spent on meals for these days is donated to the poor. Describe other communal or individual penitential acts you are aware of for Lent.