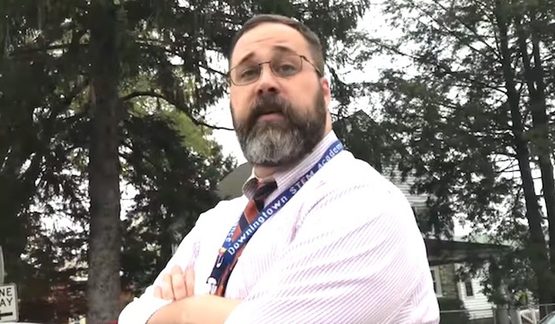 You may have seen the video of a teenage brother and sister protesting against abortion on the sidewalk near a Philadelphia area public high school.They were confronted verbally by the school's assistant principal. The incident brings up several questions that can serve as an important classroom discussion.

The full video (18 minutes) includes one scene of inappropriate language. An edited version is shorter (4:56) and the language has been edited out. You might also want to note an online petition being circulated to save the school official's job, as he was suspended after the incident.

If you show the video to your students, here are some questions that may spark a discussion.