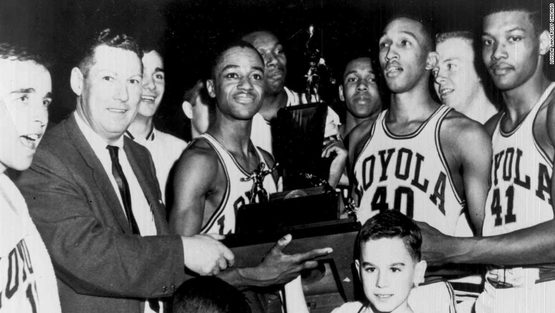 We depart from our usual salute to all the Catholic colleges qualifying for the NCAA basketball tournament, also known as March Madness, to focus on one particular school and team: the Loyola University Chicago Ramblers who will be making their first appearance in the tournament since 1985. The Ramblers finished the regular season 28-5 and recently got an automatic bid to the NCAA tournament by winning their own conference championship.

Loyola's qualification recalls a significant other Loyola Rambler team in both college basketball and US History. It was the 1963 National Championship team that defeated the Cincinnati Bearcats 50-48 in overtime. Share a brief look at the highlights of the finish of the game.

It was significant from a US historical perspective because at the height of the Civil Rights movement Loyola started four black players. (Cincinnati started three black players.) The game was known as a game of change, yet the team faced significant prejudice along the way. In 2015 President Barack Obama honored the 1963 Ramblers at the White House.

To conclude, share some information about the current 2017-2018 Loyola Ramblers, their record, and their road to March Madness. 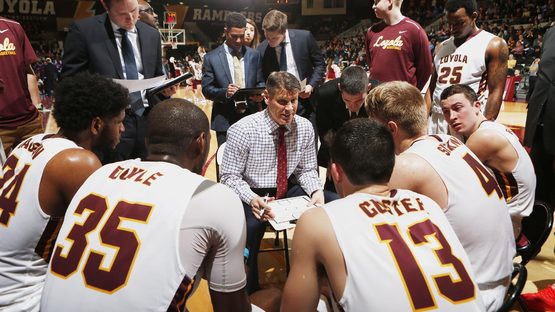