Responding to Suicide: A Pastoral Handbook for Catholic Leaders has been named Resource of the Year by the Association of Catholic Publishers. 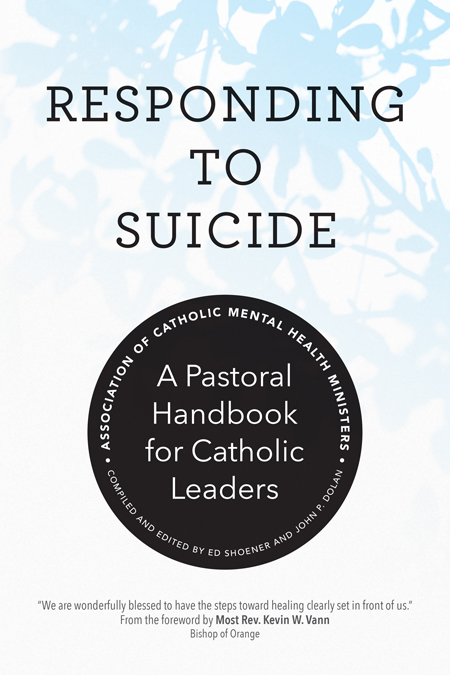 The book earned a first-place award in resources for ministry in the ACP’s 2020 Excellence in Publishing Awards, which qualified it as a Resource of the Year finalist. Fourteen books were evaluated on eight criteria addressing audience appeal, potential impact on Catholic thinking, action, and faith/spirituality, and whether the book would be a Catholic “classic” or bestseller.

One member of ACP’s five-judge panel emphasized that one of the strengths of the book is that it focuses on a timely topic presented in an accessible way. Another judge noted that it explores the psycho-social-spiritual aspects of suicide in a balanced and pastoral way, making the book a necessary resource for those in parish ministry.

“We so much appreciate ACP’s recognition of Responding to Suicide as Resource of the Year,” said Karey Circosta, publisher and CEO of Ave Maria Press. “The Association of Catholic Mental Health Ministers, Deacon Ed Shoener, and Bishop John P. Dolan created a unique and much-needed book that allows pastoral leaders to better understand suicide and more effectively minister to those who are grieving. Their work is a blessing to the Church.”

Responding to Suicide also earned a third-place award in pastoral ministry books from the Catholic Media Association. The companion book for survivors, When a Loved One Dies by Suicide, won a second-place award in the general interest category from the ACP and an honorable mention in grief and bereavement from the CMA.

You can read the complete announcement on the ACP website.