The following lesson is taken, in part, from the Teacher’s Wraparound Edition of the forthcoming Jesus Christ: Source of Our Salvation, the third book in the Jesus Christ series that is in accordance with the first three courses of the USCCB Curriculum Framework for high school age students. 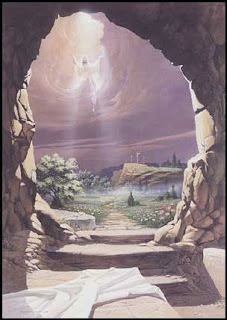 1. Divide the class into four groups (or eight groups) and assign each group one of the Gospel accounts of the Resurrection/empty tomb (Matthew 28:1-10; Mark 16:1-8; Luke 24:1-12; John 20:1-18). Have the students read the Gospel account of the Resurrection together. Then, have them work together to create summaries of the events as they are portrayed in their Gospel to present to the class. Students may consider creating PowerPoint Presentations, poster boards, timelines, or short plays.
2. Invite each group to present their summaries to the class. While the groups are presenting have the students in the audience list the differences they notice between their Gospel and the Gospels of the other presentations.

4. Distribute copies of all three accounts to each student (see http://www.usccb.org/nab/bible/index.shtml). Have them lay out the readings side-by-side on their desks. Invite them to underline the similarities in all of the texts. Then, have them circle the differences in each of the Gospel accounts.

5. Based on their findings, edit the lists of similarities and differences created in response to the group activities.

6. In closing, discuss the following:
Taken, in part, from: 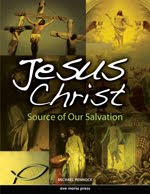